Buckland St Mary
a village in the Blackdown Hills of Somerset

Buckland St Mary is a small village nestling in the folds of the Blackdown Hills in Somerset, an area of outstanding natural beauty.

The Parish of Buckland St Mary is one of the largest in Somerset. Although the majority of the 521* inhabitants are spread over a large area, the nucleus of the village is centred around our large Victorian Church, and thriving Village School. The centre of the village also used to have a Post Office / General Store and Pub which are sadly now closed, however La Campagna (The Eagle Inn) is situated just outside the village. There are several other good pubs and local restaurants in the area as well as places to stay. 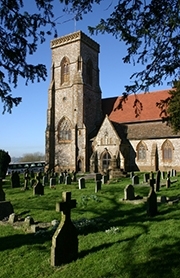 This is a very rural area and the majority of farming is dairy, there being about 2000 head of cattle in total. Until very recently, we even had a farm in the middle of the village opposite the Church. In addition, we also have two farms rearing pigs, and others producing eggs.

The Somerset County Town of Taunton is nine miles away and the nearest towns of Chard and Ilminster are only six miles in the opposite direction. The towns of Taunton and Chard are easy to reach by car or bus. There are a number of places to visit locally, including the Fleet Air Arm Museum at Yeovilton, Cricket St Thomas Gardens, The Haynes Motor Museum at Sparkford, Forde Abbey and Gardens and the Ferne Animal Sanctuary.

Taunton, the County Town, has many leading retailers and places of entertainment, including the Brewhouse Theatre. 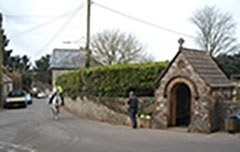 Towns and villages on the Dorset and Devon World Heritage Coast, are about 15 miles away, include Lyme Regis, with its famous Cobb, Beer, Charmouth, Seaton and Branscombe. For the walkers there are many fine walks locally as well as the Quantocks. Exmoor and the Somerset Levels are within easy reach.